What is wage theft?

Wage theft happens when your employer doesn’t pay you the minimum monetary amount, or entitlements and allowances outlined in the agreement or award that you work under.

It also happens when your boss doesn’t pay your superannuation.

It can happen by mistake, but in lots of instances, wage theft is deliberate theft by your boss to steal money that you are rightly and lawfully entitled to.

There are many different ways employers steal wages and entitlements from their employees. 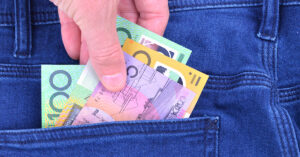 Casual employees get at least a 25 percent loading on top of that.

Wage theft is now a crime in Queensland and Victoria with similar legislation proposed in Western Australia.

As a result, our team at Support can take immediate action in the Industrial Magistrates Court to recover unpaid wages of up to $20,000 for our clients.

We can also take action in other courts for amounts higher than that.