Casual workers will miss out on the JobKeeper payment if they haven’t worked for an employer for more than 12-months.

Attorney-General Christian Porter ruled out the payments today, rejecting calls from the ACTU.

One million casual workers will miss out on payments

JobKeeper is a $1,500 wage subsidy for businesses to pass on to each worker for six months.

Today’s decision affects more than one million casual workers who do not have a one-year tie to their employer.

They will miss out on the wage subsidy, and will need to apply for the $1,100 JobSeeker allowance instead.

Porter ruled out relaxing the requirement for a regular attachment to an employer over 12 months, describing the ACTU’s proposal as “too broad”.

“There has to be a line drawn,” he said. 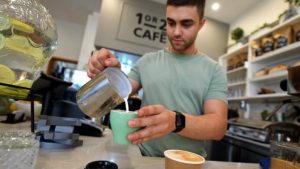 Unions continue to campaign for casuals

To qualify for JobKeeper, you must work full-time or part-time, be a sole trader or a not-for-profit.

But casuals who haven’t worked for the same boss for the last 12 months aren’t eligible.

Sally McManus, secretary of the ACTU, pointed out 1.1 million casuals will not qualify for JobKeeper.

She told David Speers on the ABC’s Insiders that more than 50 percent of university workers are casuals.

Changes coming to JobKeeper and JobSeeker – will you lose out?

Changes are coming to both JobKeeper and JobSeeker payments this week, with many Australians expected…

Some casual workers are entitled to paid leave, according to a landmark court ruling today.…